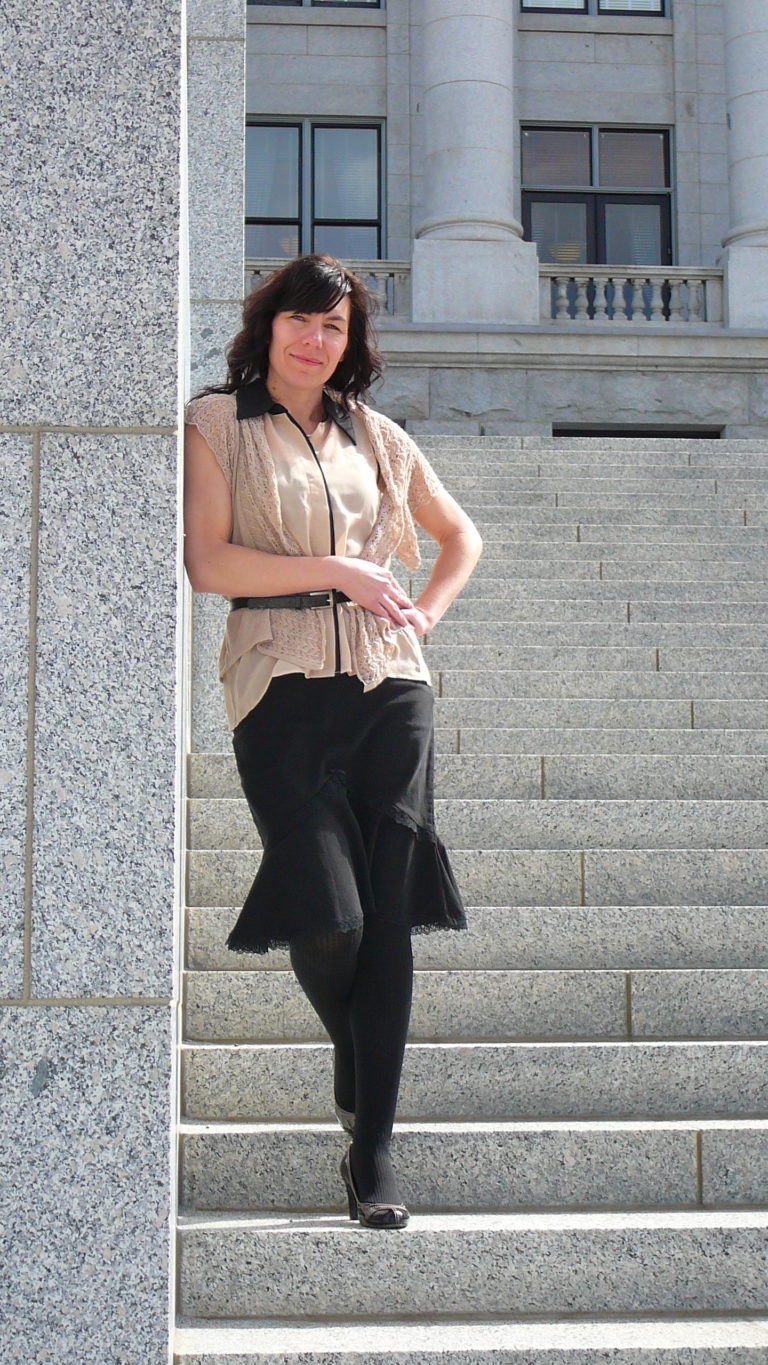 I grew up on the West Side, fought hard to get into law school, and am proud to now have the skills and knowlege to help people – it’s a hard system, nobody should get trapped in it without a good advocate on their side.

Anita Dickinson has been practicing criminal law for seven years.

She began her legal career while still in law school working for a small insurance subrogation firm in Seattle Washington before moving back home to Salt Lake City where she was hired on as a clerk at the Salt Lake County District Attorney’s Office. While clerking at the DA’s office she worked on the Special Victims and Screening Units and had an opportunity to screen and evaluate hundreds of felony and misdemeanor cases and to prepare legal motions and assist in trial prep for several Special Victims Violent Felony cases.

Anita also took advantage, under the 3rd Year Student Rule, of an early opportunity to get into the courtroom and argue motions before the judges and co-chair cases to jury’s.

After graduating law school, she was hired as a Deputy District Attorney at the DA’s office. As a DDA she expanded her knowledge of criminal law practice while on the Screening, Misdemeanor/Domestic Violence, General Felony/Securities Fraud, Felony Drug and specialty Felony DUI Units.

Anita spent a year on the Misdemeanor team prosecuting a wide-range of cases from Drugs/DUI’s to Domestic Violence/Disorderly Conduct. For three years she focused solely on and prosecuted hundreds of FELONY DUI cases while on a specialty Felony DUI Unit. She also spent two years prosecuting and screening general Felony Property, Drug, Fraud, Identity Theft, and Securities cases.

After eight years at the DA’s office Anita left prosecution behind and was proud to start her own law practice putting her skills to work to protect her clients rights and liberties.